All HCTC offices EXCEPT Downtown are now open by appointment only.  The Downtown office will remain closed at this time.  Click here for more information.

In accordance with city and county ordinances, customers are required to wear masks (face coverings) when doing business with our office.

We have a new protocol for remote road testing. Learn more here.

All offices will be closed on Friday, July 3rd in observance of the Independence Day holiday. We will re-open by appointment only on Monday, July 6th. 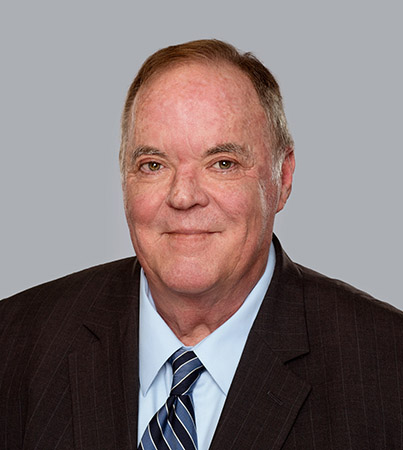 Doug Belden was elected Hillsborough County Tax Collector in November 1998 with a simple goal: to save taxpayer dollars through consolidation and efficiency, while improving service for the public. Doug brought public and private sector business experience to the Tax Collector’s office, working as a real estate developer in Tampa for 12 years.

Since taking office, Doug has pledged to make the Hillsborough County Tax Collector’s office “the most modern and efficient agency in the state of Florida.” Doug has truly created a focus on continuous improvement and performance excellence in his organization. Under his leadership and through his focus on sustainability and innovation, Doug has maintained a customer satisfaction rate of over 96% for over a decade and operates a call and payment processing center with outcomes comparable to national level best in class performers.

In 2004, Doug and his leadership team adopted the Sterling Management System, which is the state-level equivalent of the Malcolm Baldrige national quality program. In 2008, the organization was a recipient of the Florida Governor’s Sterling Award for Performance Excellence – making his office the first county tax collector in the state and the first government organization in Hillsborough County to achieve this prestigious honor. In 2011, the Tax Collector’s office received the Governor’s Sterling Sustained Performance Excellence Award for continuing to serve as a role model for the public sector in Florida. The Hillsborough County Tax Collector’s office received the Florida Tax Collector’s Excellence in Financial Operations Award in 2011 and 2012. This award is granted to Tax Collector’s in the state that demonstrate the highest proficiency and expertise in the areas of: Innovation and Automation, a Perfect Annual Audit Report, Customer Focus and Budgeting.

In 2013, Doug received the Madison “Matt” Langley Bell III Award. This coveted award was established in honor of the late Matt Bell III, former Escambia County Tax Collector and is presented to state Tax Collectors that have made a significant and lasting impact on the Florida Tax Collectors’ Association and citizens of Florida. Doug’s peers honored him with this distinguished award for his innovative ideas, his volunteer spirit, and his dedication to making government services better in the state of Florida. Doug is only the third Tax Collector in Florida to receive the award since it was established in 1999.